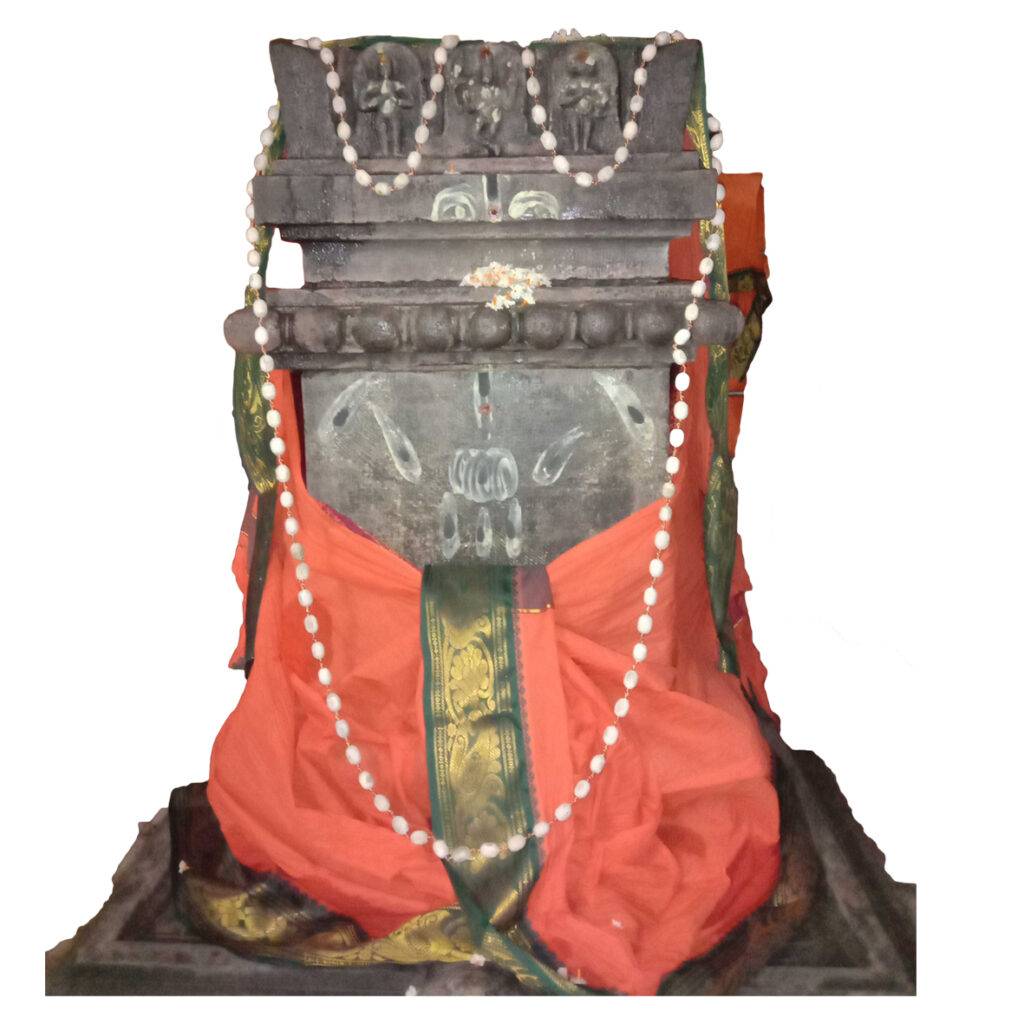 We understand from tradition that ancestors of Śrī Jagannātha Tīrtha belonged to Kauṇḍiṇya Gotra, Śaṣṭika Vaṁśa and a scholarly house named Tangedi. This family seems to have hailed from Varavani village that is located on the banks of Uttara Pinakini (situated mid-way between Chikkaballapur and Gauribidanur). Lord Ṇṛsiṁha at Devarāyanadurga was perhaps their family deity. We understand that families belonging to this household exist even now in Varavani and Doddaballapura as well.

As with his illustrious predecessors, there are a couple of very special observations about this saint that we come to know from tradition. The first of them is that he entered the fourth order – Sanyāsāśrama – directly from the first order – Bāla Sanyāsi – after Śrī Vyāsa Tīrtha in the lineage of the Śrīmaṭha. The second is that he was well known by his honorary name – Bhāṣyadīpikācārya – than his real name – Śrī Jagannātha Tīrtha.

There are many legends associated with this Saint as recounted below:

Sometime after initiation, we understand from tradition that when an attempt was made by miscreants to steal his Devara Pĕṭṭige, he jumped into Kāverī river and swam a long distance to safety. However, as he was injured in the process, he is supposed to have requested his guru – Śeṣacandrikācārya – to relieve him of the responsibility of being the junior pontiff as he was ineligible to continue further.

Śrī Raghunātha Tīrtha then seems to have built a Manṭapa for him at Bhāvani – near Erode – at the confluence of rivers Kāverī, Bhavāni and invisible Amṛtavāhini – Guptagāmini. This is the place where Śrī Jagannātha Tīrtha went on to compose his famed work Bhāṣya Dīpika that earned him the honorary title ‘Bhāṣya Dīpikācārya’. Bhāṣya refers to Ācārya Mādhva’s commentary on the Vedānta Sūtra of Lord Vedavyāsa while Dīpika literally means lamp that provides light – hence ‘Bhāṣya Dīpika’ turned out to be work that illuminates the intricacies of Ācārya’s Sūtra Bhāśya. It is unique since besides being a very detailed exposition of Ācārya’s Brahma Sūtra Bhāśya. The saint additionally brought together all contributions starting from Prācīna Ṭīkakāras – Trivikrama Paṇḍita onwards. Tradition has hence bestowed this apt and honorific title on the saint for his contribution.

It seems as though it was Providence’s plan to give his dear servant enough time and privacy to devote to the arduous task of constructing the wonderful masterpiece which is held in very high esteem by the intellectual community. We further understand that his guru being immensely pleased with the composition, besides bestowing the said title also announced in public that Śrī Jagannātha Tīrtha would succeed him on the Piṭha. The saint had a couple more equally meritorious works to his credit.

Tradition records one more instance when the saint was troubled by miscreants. He seems to have composed the below prayer on Lord Nṛsiṁha who appeared instantly from the mango tree nearby, destroyed those and saved him.

The saint is believed to be the Avatāra of Gal̤ava Ṛśi – who hails from the Bhārgava clan – and who was a disciple of Sage Visvāmitra and appears in Māhabharata as well as in the Pūrānas. Tradition recounts one more instance when a Sādhaka with numerous doubts on Śāstra dreamt that only the Ṛśi can clear them. Bhāṣya Dīpikācārya happened to visit his place the next day so he poses those questions. The saint seemed to have patiently answered all those questions to his satisfaction. He then recalls the dream, seeks the saint’s blessing, and recounts this instance to the public, revealing the saint’s Mūla Rūpa.

Though ordained earlier, the saint spent most of his time composing his works except perhaps on the visit to Trimakuṭa Kṣetra with his guru – when Śeṣacandrikācārya attained Haripāda. He seemed to have returned to Tamilnadu, ordained Śrī Śrīnivasācārya, a disciple of both his Guru and himself to fourth order with appellation Śrī Śrīnātha Tīrtha to the Piṭha and attained Haripāda at Kumbhakoṇa. His is the first Vṛndāvana to be consecrated at the Śrīmatha at Kumbhakoṇam.